As you wander across the island you will see the enormous potential for renewable projects here.

You only have to jump into a fishing or sailing boat, make for the open sea and you will soon experience one big source of untapped sustainable resource.

Yes, with miles of strong tidal coastline, the island offers the ideal location for harnessing the potential from tidal currents.

New technology means that turbines can be placed on the seabed to capture the tremendous resource locked into natural tide flows. 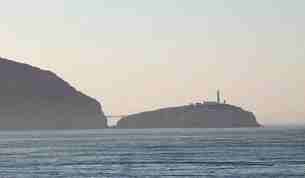 And the great thing with this technology is that you don't harm the natural beauty of the coastline.

Those beautiful sea views will still be there to admire because most of the turbine will be underwater.

And what's more, it's predictable, so long as the moon stays in orbit around the earth!

Apart from the tide, the other source of energy you would experience in your boat trip is the wind.

Anglesey is famous for having had, at one time, the most windmills in Wales.

It's not hard to see why. With our low lying coast exposed to the Irish Sea, the island gets its fair share of steady wind from the prevailing south west.

Today you can still visit the last working windmill near Llanddeusant - a beautifully restored piece of industrial archeology.

And so, to the future!

There is probably scope for more development, if done sensitively. It seems there is now a preference for these "farms" to be buit offshore, rather than onland.

npower renewables are currently developing a large offshore windfarm - "Gwynt-y-Mor"- to the east of the island, and about 8 miles north of Llandudno. Biomass and biofuels

Recent rises in oil prices to record levels have had a knock on effect on fuel prices in Britain. A litre of diesel already costs more than one pound sterling(£1), and with record oil prices and diminishing supplies, this situation is unlikely to resolve itself.

One renewable source with much promise is biomass, for producing biofuels as well as electricity.

Farmers on the island and wider region could supply the raw material by growing the most suitable crops. Among those mentioned are miscanthus, willow, switch grass and oil seed rape.

The Anglesey Aluminium plant (AAM) at Holyhead closed in September 2009 and is now a reduced remelt operation.

Rio Tinto Alcan and Kaiser Aluminium, the joint owners of AAM have applied for planning consent to build a 300 MWe biomass plant on location.

Our major source of electricity is the Wylfa Magnox nuclear power station situated just outside the village of Cemaes, on the north west corner of the island.

With a generating capacity of 980 MW, it is a major contributor to the UK electricity grid. The problem is that this nuclear plant is due to close for decommissioning between 2010 and 2012.

In January 2008 the UK Government energy review concluded that nuclear does have an important role to play in contributing to the UK energy mix and security of supply by providing a clean, secure and predictable power supply in the future.

Nuclear power will be important in our future energy strategy because it combines the benefits of low carbon generation with the supply of baseload electricity. With the likelihood of new nuclear power stations in Britain, it is almost certain that one would be built at the Wylfa location on Anglesey. Some interested parties have already expressed an interest. 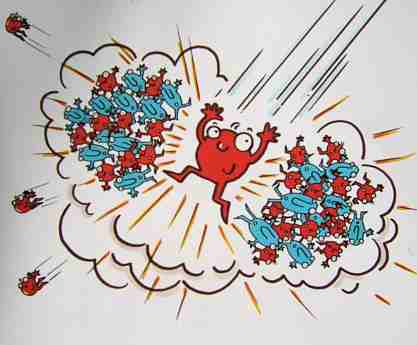 Get the latest news on Wylfa here Stop Wylfa B: Have Your Say on this mega issue

What Other Visitors Have Said

Click below to see contributions from other visitors to this page...

Anglesey Contractors Key to Amlwch Wind Turbine Construction
The two new wind turbines at Ysgellog Farm on Anglesey are turning thanks to Welsh and Anglesey businesses. Final analysis of the figures has shown …

Lateral Power Welsh Eco Park Ambition
Lateral Power Limited is the preferred bidder for developing an innovative Eco Park on the Anglesey Aluminium (AAM)smelter site at Holyhead, with the …

Island Farms Power Plant Plans
Farms on Anglesey, the Energy Island, are to become prototype mini-power stations, according to plans put forward by the local authority. The idea …

Offshore Wind Farm Boosts Island Prospects
A massive offshore wind farm proposal nine miles north of Anglesey is one of nine successful bids for licences awarded by the Crown Estate, owner of the …

Agricultural Residues For Biomass Projects
It’s my understanding that biomass to energy projects are typically fueled with agricultural residues or wood wastes, but not with whole trees specifically …

North Wales Wind Energy Challenges and Opportunities
With growing concerns about the impact of climate change, offshore wind energy schemes off North Wales, including Anglesey, have an important role to …

Island Biogas Plant Application Update
A proposal to build a methane biogas plant at Cors Goch near Benllech on Anglesey from animal waste has caused huge controversy on the island. The …

First Green School For Island Children
The first ever North Wales green school opened its doors to more than 300 pupils on Anglesey today. The spring term signals the start of a new chapter …

Gwynt Y Mor Wind Farm Gets DECC Approval
Gwynt Y Mor, the NPower Renewables wind farm project off the east coast of Anglesey and 10 miles north of Llandudno, has been approved by the Department …

Return from Energy to Anglesey Today